Tip: Use platform.ai to find clusters of unlabeled data to label manually. It uses pretrained models so you can pick a middle layer and pick some specific projections from it. It’s a way of clustering similar images for labeling and it helps you build your better model on top of it. There is a thread for more info.

Look at the rossmann dataset from Kaggle. It uses historical sales data to predict a small period in its future.

Most of times, the approach of embeddings and tabular data is more effective than RNNs for time series forecasting because we have useful metadata like day of week, day of month, locations, etc. RNN is better for pure sequences. So, in most business settings, use tabular approach for time series!

The two notebooks for rossmann data are great examples of pandas data preprocessing. There are preprocessors Categortify (-1 for NaN), Fillmissing (replace NaN with median), etc. You can apply them by simply assigning them to a list and pass into databunch creation.

Next, identify categorical and continuous variables. Think carefully. For example, Day may be a number but it’s categorical because in some cases the number of sales for a day is independent of surrounding days.

Don’t forget to make the validation set with the same time range as the test set!

Tip: for target variable as population, sales etc. where we care more about change rather than absolute differences, we use Root Mean Squared Percent Error (RMSPE) rather than RMSE. Take the log of y with log=True above to make it RMSE.

Trick: set y_range a bit wider than actual to get better result. In this case 1.2 * ymax.

For this problem, the architecture is a fully connected NN. This Kaggle competition is 3 years old but there is no significant better model than it.

We use a weight matrix of 1000 by 500, which is 500K parameters on a few 100K dataset. It is going to overfit. Use regularization to counter overfitting, NOT reducing the parameters manually.

Dropout is not dropping weights, but dropping activations!

Each minibatch we throw away a difference subset of the activations with probability p. A common value is 0.5.

Hinton mentioned where this idea came from. He’s a neural scientist by training so he used dropout to imitate the effect of spiking neurons given that we don’t exact know how neurons spike.

“If you have noisy activations, you can afford to use a much bigger model” – Hinton.

These math ideas almost never come from math but from physical intuitions.

Jeremy advice for research: the original dropout paper is one of the most influential papers in the last decade but was rejected by NIPS. The research community is poor at recognizing important work. Find what interests you and don’t just follow what most people say.

ps is a list of dropout probabilities. All fastai learners have this parameter.

In PyTorch, dropout is applied at training time and not test time. You don’t need to do anything at test time.

emb_drop is to randomly drop activations in the embedding.

Reminder: what is embeddings in this case? It’s the vector for each feature, e.g. stores, DayOfWeek, Year, etc. The data matrix started with them as columns and each entry in time as row. Do a matrix factorization and we get these embeddings for the features. 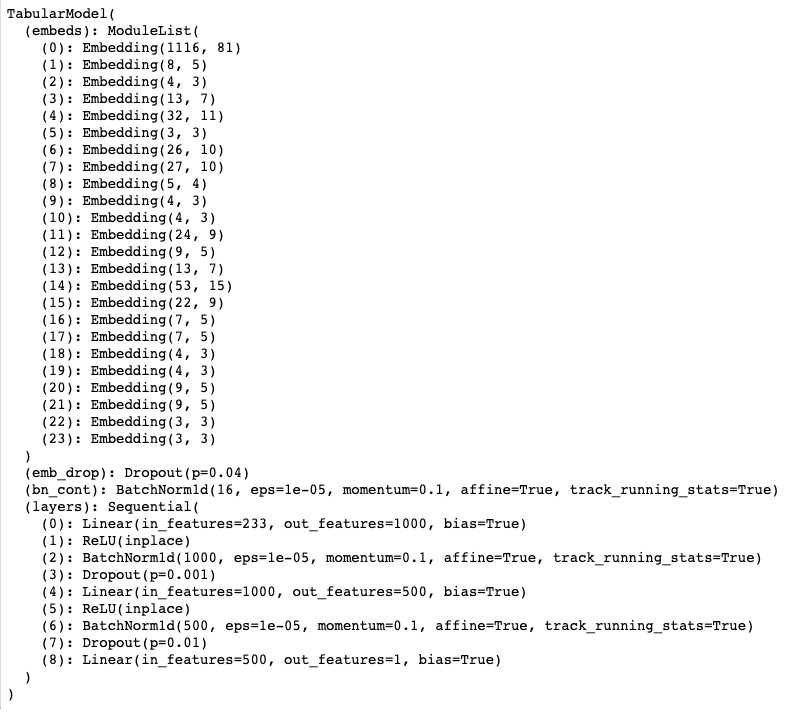 BatchNorm1d is for continuous variables.

Batch normalization paper. Interestingly, the attempt to explain why it helps NN training (by reducing covariate shifts) was wrong in this paper. Usually researchers have intuitions and did the experiment, it worked, and tried to find math explanations post-hoc. Another paper found it is not why it works.

With batch norm, the loss landscape is not as bumpy as without batch norm! You can increase your learning rate!

Explanation: the reason it works is activation range shift. people used to think the normalization by mean and std is the important reason why it worked. But it’s actually the two extra parameters. We use activations * g + b to shift the activations from one range to another, just like when we have output predictions in 0-1 but we need to shift to 1-5 for movie ratings. g and b are the biases to directionly shift the range rather than relying on the weights. The weights have nonlinear relationships because of the nonlinear activations in between so they are hard to tune for range shifting (that’s why the loss landscape is bumpy). With 2 more direct controlling parameters, the range shift is much easier.

A much newer method is called Weight Norm and is used by fastai.

Note: for batch norm, we don't actually use the exact mean and std for each minibatch, that will be too bumpy. We use the exponentially weighted moving average of mean and std. That's why there is a momentum=0.1 in batch norm layer, it is not the momentum as in optimization, it is for moving average.

In the regularization techniques, we

The next regularization technique is data augmentation. Jeremy is most excited about this approach.

Now use the pets-more notebook.

Apply the kind of transform that will match test data.

Research: how to do data augmentation outside CV, e.g. in NLP. 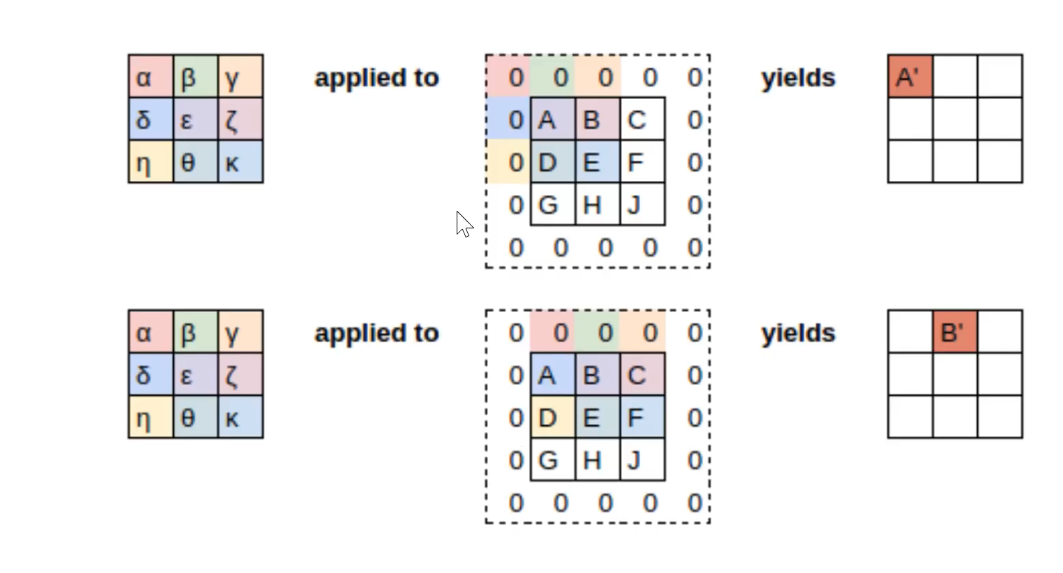 Since 3-by-3 kernels can only reach the second to last rim of the image, we need padding. 0-padding is fine but reflective padding is better.

One interesting trick is that we use a 7 by 7 kernel (and more padding) for the first layer to handle the input image, then use 3 by 3 ones in hidden layers. Jeremy will talk about why in Course Part II.

Tip: learn.summary() and learn.model prints out the info and architecture of the NN.

Next, find the heatmap for CNN’s focus in images.

In PyTorch, the shape of the tensor in the case is (# kernels, # channels, height, width).

Trick: indexing None into a tensor in both pytorch and numpy gives to a new unit axis!! (shown below)

How the last layers work

This is how the classification is done. Each averaged number from a slice indicates a “feature”, it could be “how fluffy it is”, “does it have pointy ears”, etc. The average is equivalent to a sum of the activations in each slice indicating how activated collectively they are in one slice.

Interestingly, if you squash the 512 channels to 1 and average over all the (w, h) slices, the output is one (w, h) matrix. This is the average of all the pixels in the same position in each channel. It then indicates the relevance of “position”, not individual features. With this, we can create a heatmap that shows where it is most relevant to decide whether the cat is a maine coone.

Tip: fastai has a great advanced feature called a “hook”. It allows you to tap into the pytorch code, e.g. a forward pass and manipulate the values in the middle layers.

Tip: if you use hook, don’t forget to remove it after, because it will store the intermediate values everytime you call the model and it is memory intensive.

Tip: it’s very important to frequently print out the shapes of the tensors, and think about why, think about the pictures in CNN architecture, the learn.summary() and learn.model. 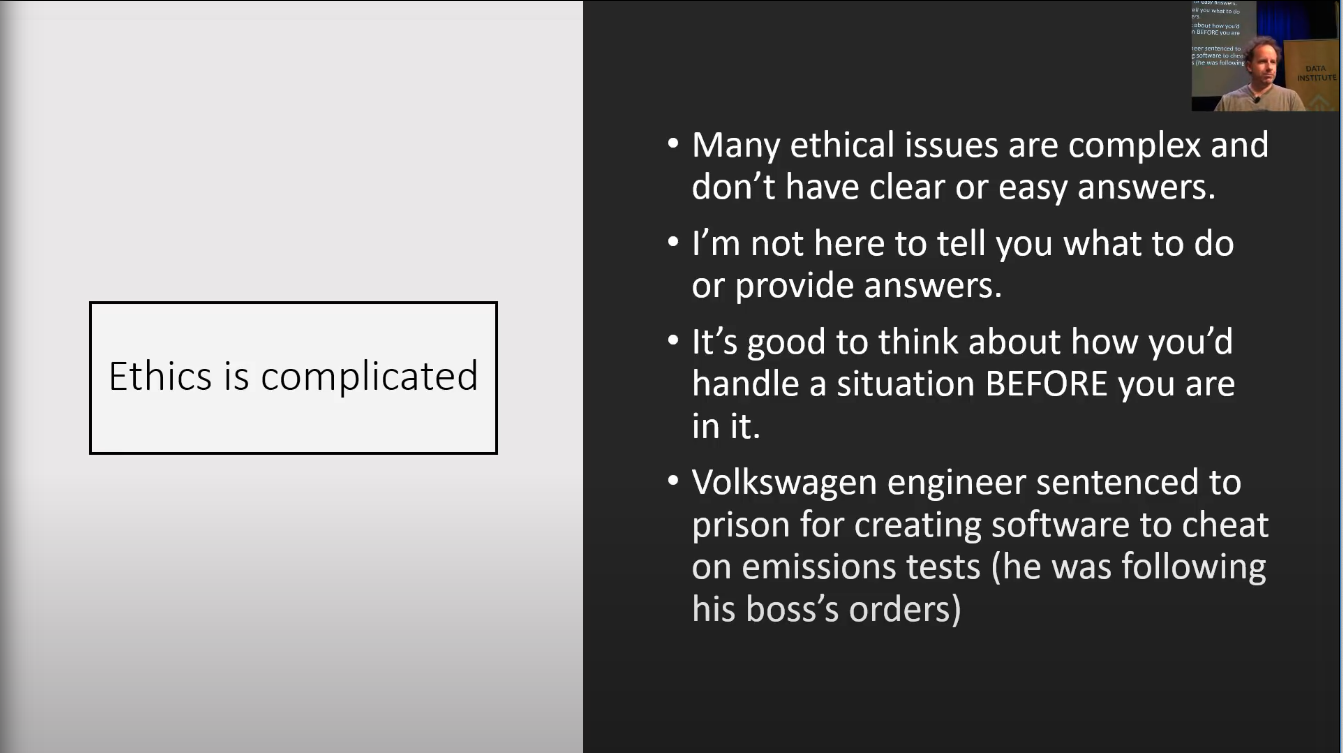 One potential solution: put human in the loop!